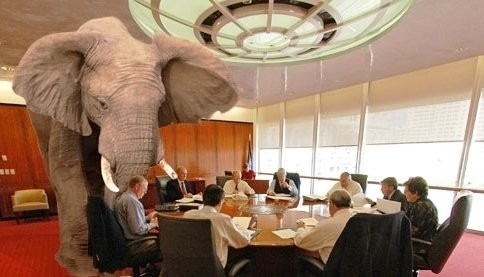 Merriam Webster defines tumultuous as marked by tumult : loud, excited, and emotional. Other definitions include words like passionate,intense, explosive and deafening. I think most of us would agree that all or some of those words and the emotions associated with them is what causes most people to avoid or ignore any conversation that would tread into those murky waters. Although I can understand the fear and the merited caution I would challenge the thinking that ignoring the issues somehow make things better. I believe it is the opposite, Ignoring certain topics can be paramount to ignoring a persons pain. In my mind it is similar to being color blind as opposed to color brave. The silence of some of my friends and co-workers is so loud that it is deafening. A few months ago one of my daughter’s friends posted on Facebook that she wished she could have called in “Black” to work. It was the day after the two fatal shootings of African American men Alton Sterling and Philando Castille. Although the thought of calling in”Black” may have been thought of as ridiculous or a little bit humorous with little or no context. However, I knew exactly how she felt. Going to work and wearing the mask that everything was fine when inside your stomach is in knots, Your future feels uncertain and a smorgasbord of emotions flood in and out of your spirit; sadness, pain, anger, disappointment, grief ,disbelief and fear . Harder than feeling these emotions is not being able to discuss it for fear of being labeled or misunderstood. In her Facebook post the young lady observed others conversing about the topic and the manager shutting down the conversation. She also mentioned her manager not understanding why she looked sad and not her normal upbeat productive self. About a year prior I remember feeling the same exact way. However, I had a leader actually it was my leader’s leader a vice-president that I somehow knew I could trust. I remembered her asking me how I was doing and I sent her a note saying I was having a hard time coming to work and being okay when people that looked like my dad, husband and son were being killed in the street. It may have been a little risky being so authentic but for me pretending is more risky to my soul. Her response was priceless she told me she could only imagine how I felt and was hoping that things could be more just in the world (not verbatim). I’m not sure you can imagine how much better I felt to work for a person and an organization that cared about me as a person and that I felt safe to be both vulnerable and authentic. Before I finished this post there were two more African American men shot and killed In Tulsa,OK and Charlotte,NC. As I write this the news is reporting rioting and sending in the national guard to North Carolina. I cannot speak for a whole race nor will I try but I feel confident in telling you that most of your black employees are not OK. They are frightened and frustrated I know that I am. More difficult than being frustrated and frightened is having to come to work smile and act like what is happening in Charlotte or Baton Rouge or Minnesota or Sanford, FL or Missouri does not really impact them. This article is not about solutions or positions. It is not about right or wrong. It is not about left or right it is about having authentic relationships with your co-workers,friends and employees. It is about creating the kind of trust that allows employees to feel safe and recognizing that what happens outside the walls of work cannot be left outside. It follows us like a shadow and reminds us of the different experiences we face.Check in with your employees and co-workers ask them if thy are OK. I am not suggesting long dialogue or debates about race or politics but an authentic one on one conversation that says I care.Talk to employees or co-workers who could be experiencing a little PTSD by what’s in the news it could be someone African- American, someone who has law enforcement in the family, someone who is Hispanic or someone who is just sad and confused. Don’t pretend you totally get it we never can because we have not walked in another persons shoes just show empathy and concern. Asking someone how they are doing with all of the turmoil being reported on the news is a great place to start. Offering EAP services if a person admits to stress or depression is a good idea as well. This article is intended to help us all navigate during a tough and tumultuous time. Remember it’s not about perfection but authentic connection.